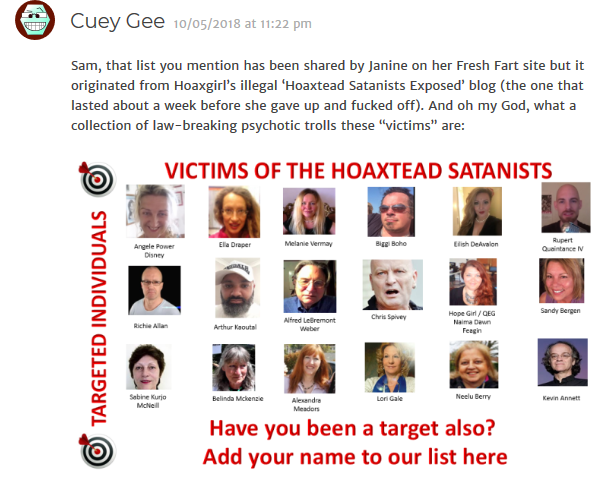 It didn’t take Heather Brown long to show up as Prudence Halliwell under the video: blocked & reported.  She like all paedos & their enablers, loves to humiliate, mock, taunt & sneer at genuine victims/survivors of abuse….. as they simultaneously promote liars, fantasists and frauds, like Angela Power Disney, who interfered with Wiltshires Conifer Inquiry, with Miles Johnston aiding.  Heather has allegedly also complained re: Ted Heath……  seems like the satanic hoaxers made a bee line for Wiltshire ?

Not sure what Heather Brown refers to, in the above comment.  She certainly has not been either stalked, nor called a paedophile….. If it’s the involvement with Operation Conifer, Heather went into detail about it on a recording with Angela Power Disney, on YouTube, publically available.  Perhaps Heather forgot about this ? 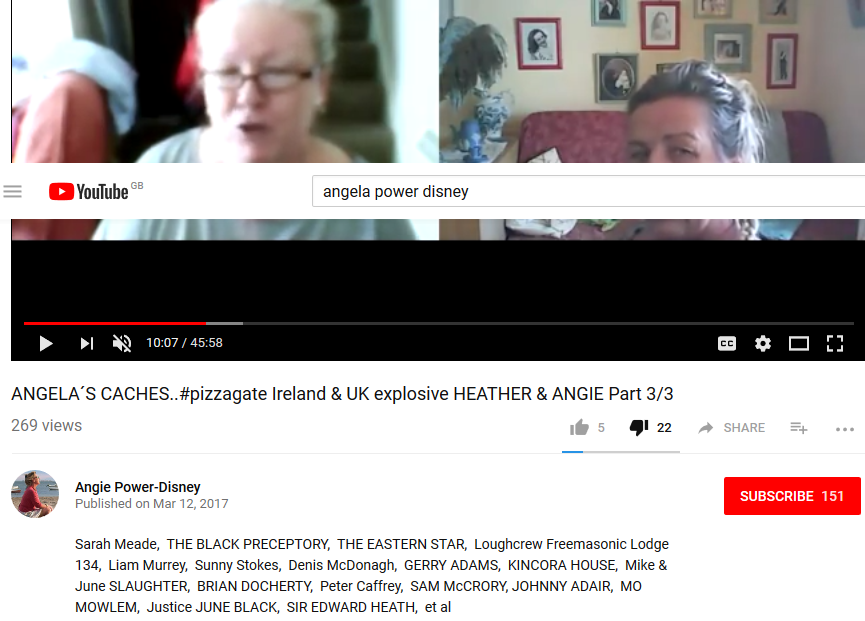 Arthur Kaotal goes under other names  & is one of Angela Power Disneys attack dogs, vile as Heather Brown & altho only recently released from a long stay in mental hospital, is just straight back to his old tricks….. no doubt encouraged by those whose purposes he serves…..  So Arthur, no I do not want to be your friend, nor have you able to go through my friends list and attack people or shaaat really loud as you puff on your fat cigar and belch……  Angie knows all the best possible people, lol……   Anyway there are files on this guy and many oother perps collated by Hoaxtead Reasearch. 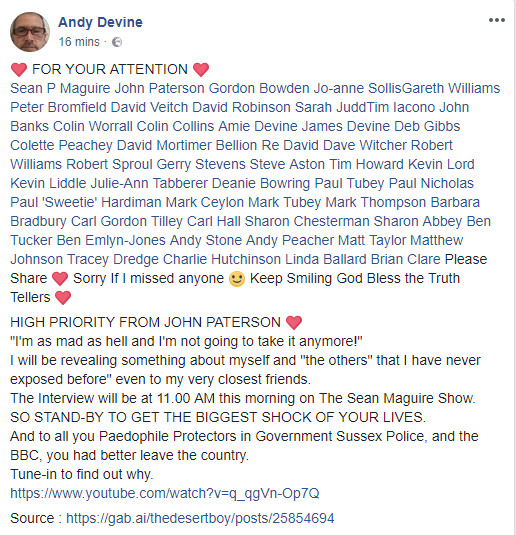 All of the tagged names are involved in spreading hatred, threats and abuse, harrassment to people online and also those who work within services and authorities.

Beneath the above video in comments, I have posted some of the backstory of some of the people adding some spurious lies and reasons for them.  I rebuke and refute them.